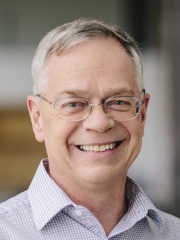 I am a Research Scientist and founding Director of the Computational Photography group at Facebook. I also have an Affiliate Professor appointment at the University of Washington.

In October 2017, I was awarded the PAMI Distinguished Researcher Award.

After twenty amazing years at Microsoft Research, where I led the Interactive Visual Media Group, I joined Facebook (in late October, 2015) as the founding Director of the Computational Photography group.

In February 2015, I was elected to the National Academy of Engineering.

My computer vision textbook was published in November 2010 by Springer.

My research areas include computer vision and computer graphics.

My particular interests are in using vision to automatically build 3-D models from images, computational photography, and image-based rendering. I have worked on both traditional 3-D volumetric and surface model reconstruction, and on high-resolution image mosaic construction. I am also interested in using computer vision for human-computer interaction and for analysing image databases. I have additional research interests in geometric modeling, motion estimation, multiresolution algorithms and representations, and optimization algorithms.

I was a founding editor of Foundations and Trends(R) in Computer Graphics and Vision. If you are interested in contributing a survey article, please contact one of the Editors-in-Chief.

Places I have been affiliated with: